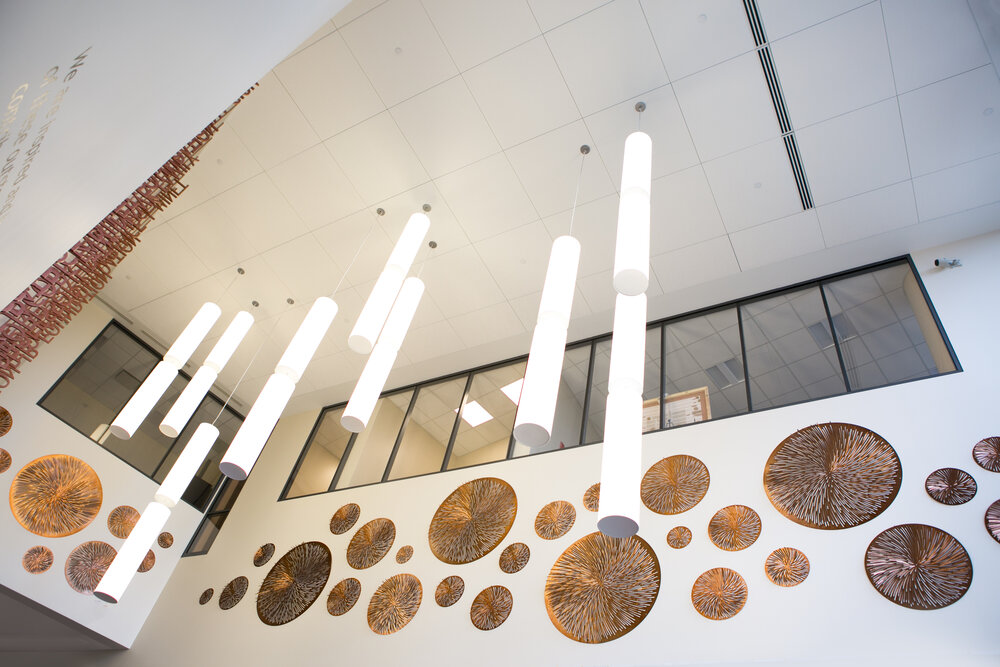 Whether it’s prints or multimillion-dollar sculptural installations there has long been the understanding that in order to run a successful corporate space there need to be decorations on the walls. Even during the Italian Renaissance banks were commonly patrons of arts. The oldest corporate art collection dates back to the Monte dei Paschi bank in Siena formed during the Renaissance in 1472. Initially, art was used merely as decoration, but over time, corporate art collections have taken on a very different shape. American tycoon David Rockefeller made the decision in the late 1950s that Chase Manhattan Bank should collect artworks. Forty years later, in the mid-1990s, half of the Fortune 500 companies and many other companies around the world were actively collecting artwork.

David Rockefeller started JP Morgan’s art collection program in 1959 and thanks to numerous mergers and acquisitions, the company owns over 30,000 works of art. Today, the collection is one of the oldest and largest corporate art collections in the world, and it features modern and contemporary painting, sculpture, works on paper, and photography. The bank owns significant works by Sol LeWitt, Robert Rauschenberg, and Andy Warhol, as well as thousands of works by lesser-known artists.

Fast forward another 20 years, banks such as Deutsche Bank and UBS have taken an even more aggressive approach to building and sharing their art collections. These banks as well as countless other large corporations have begun to exhibit their work as a marketing tactic. Deutsche Bank, who initially started collecting art in 1979 to support young and emerging German artists, now owns close to 60,000 works. In the bank’s New York Headquarters, each floor features different artistic themes, with work rotated on a regular schedule. Deutsche Bank considers collecting art and supporting art as part of its identity. In addition to the corporate displays, the bank operates its own museum, The Palais Populaire, rotating works from their collection as well as hosting shows of newly collected artists. The general public can also take tours of the art displayed in the corporate headquarters.

“Beyond the personal enjoyment gained by employees of hanging art collections in a corporate space, showing off a diverse art collection has become a way of branding oneself as a dynamic and competitive company.”

Today, corporate art acquisitions are a mainstay in the art world and it’s considered strange if large corporations are not acquiring work to decorate their offices. This idea extends beyond c-suite offices, boardrooms, and executives’ tastes in art. These corporate exhibitions are an excellent way to boost brand image, considering many feel that an art collection gives a business its personality. Beyond the personal enjoyment gained by employees of hanging art collections in a corporate space, showing off a diverse art collection has become a way of branding oneself as a dynamic and competitive company.
‍
Art collections, especially contemporary ones, allow businesses to maintain an insightful image both internally and externally. The president of Deutsche Bank has previously commented that including real art in his office spaces leads employees to approach their work from a different perspective and think about solutions to complex problems in ways they might not have before.
‍
The idea that art in the office can help to improve employee output was analyzed in a study from Exeter University. The results showed that art in the workplace can lead to a 15% boost in employee productivity and this figure doubled when the employees themselves have input into the layout of these works of art. The research involved more than 2,000 office workers in a series of studies looking at attitudes to and productivity within working space. 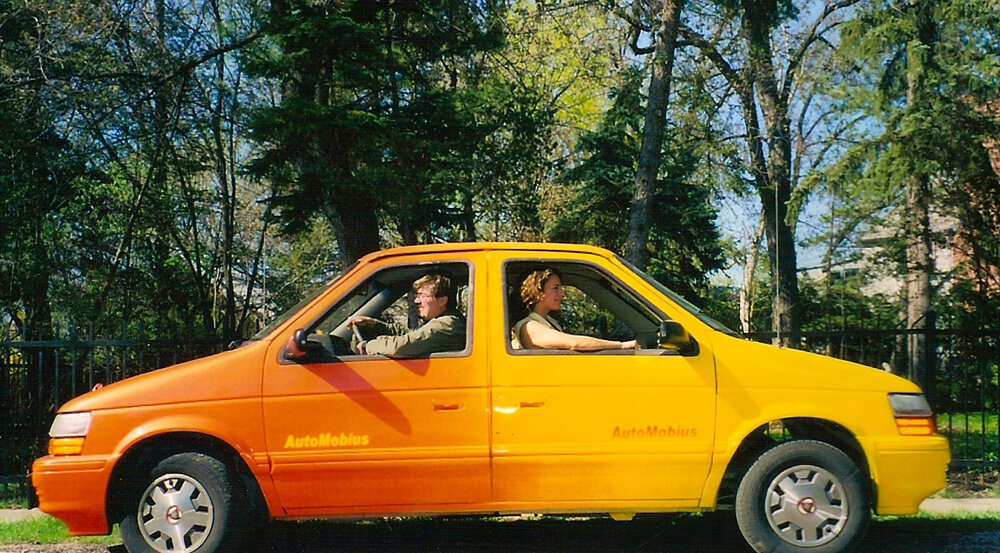 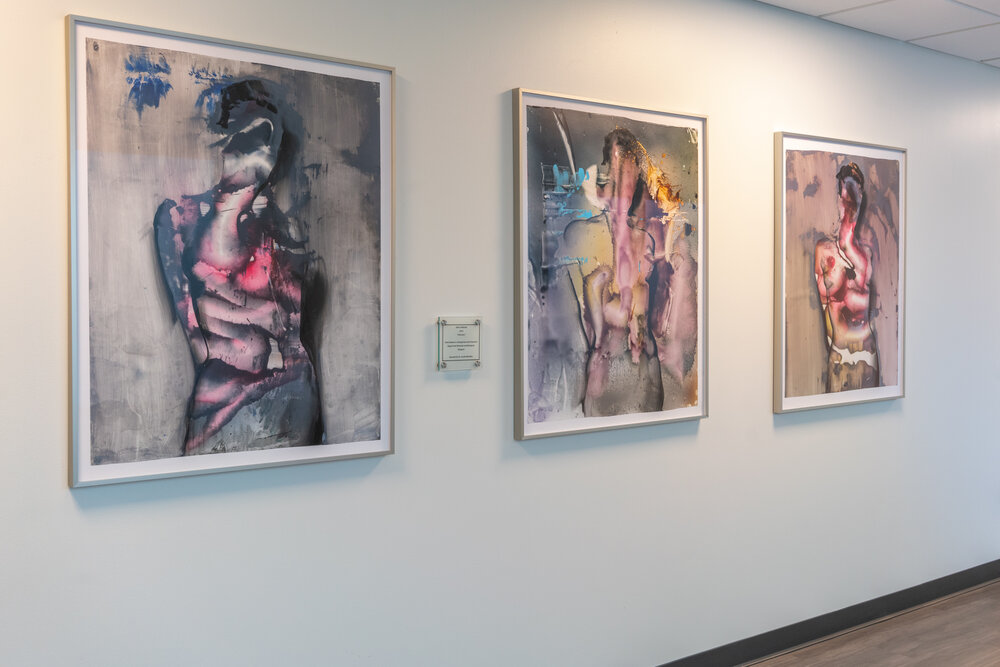 "In twelve years we have never found that lean offices create better results, and the more involved people are in the enrichment process, the more they are able to realize a part of themselves in the space,” explains Dr. Knight from Exeter University. One notable exception to this understanding has been in Silicon Valley. While Facebook has recently ramped up its artist in residence program, in which artists are hired for a set period of time to remake a specific workspace according to their own vision, Silicon Valley is otherwise fairly ambivalent towards collecting and investing in art. Why technology companies are willing to cut costs when considering designing workspaces and collecting art remains to be seen but perhaps it points to tech companies’ “of the moment” mindset and the fact that their motivation lies much more with the marketability and stock prices versus thoughtful long-term investments.

The new millennium has also ushered in a new era of corporate collecting. Art should serve the workers by enhancing the workspace while also reflecting company values. In order to stay competitive in the hiring market, companies now have to show their awareness regarding relevant social issues. What they choose to display throughout their workspaces is a key way this sentiment is being addressed today.

Shirley Reiff Howarth is an expert on corporate art collections, and the founder and editor of the International Directory of Corporate Art Collections, she notes that over the past decade there has also been a growing interest across corporations in creating community-oriented programs like Art@Google. “The big focus change I’m seeing is that corporate collecting seems to be moving away from just buying a lot of unrelated art and hanging it on the walls,” she said. “Instead, companies are moving into integrated programs that try to educate the employees and build a context, perhaps by collecting on thematic grounds. And they’re partnering with local arts communities.”

This is why corporate involvement in a local art world helps to better support a businesses’ community as well. As businesses constantly readdress how to best serve their local community’s needs, showing that they are patrons of their local art world is an excellent way to help their image while supporting the local economy. Understanding local artist output opens a corporation’s eyes to understanding the intrinsic inner workings of a community. They see issues and topics that are socially relevant to the community. This is a positive to corporations on multiple fronts: they can refocus their own missions to better serve the community they are located in, and it shows potential customers their standing within the community. If potential clients and customers see businesses displaying contemporary local artwork it shows a symbiotic relationship between the company and the population. Local art purchases are often cheaper than their blue-chip gallery counterparts.

One trend in corporate collecting to watch out for is known as “Art Washing.” Art Washing has become a popular tool for commercial developers in neighborhoods that are being gentrified. In Art Washing situations, murals and art will be acquired to brand commercial spaces, residential buildings, or even an entire section of a city to appeal to a young, “creative class” crowd and drive up pricing on these buildings and spaces. The desire to be “trendy” has many negative pitfalls including but not limited to the possibility that the art is not authentic or relevant to the area where it is being installed and is frequently more about the surface level imagery than supporting and promoting relevant artistic and social movements.

Medical Director of Dent Neurologic Institute and the Chief of Neuro-Oncology at Roswell Park Cancer Institute, Lazlo Mechtler, is a patron of the Buffalo art community and has been collecting work for his personal office as well as the Dent.

In a recent interview with Dr. Mechtler, he expressed that his love of art in the workplace stems from his wife's and daughters’ passion for research and collecting. He believes that art in his office and throughout the Roswell hospital is therapeutic for patients, guests, and employees. Dr. Mechtler feels that art offers a release from the stress of being in a hospital, especially a cancer facility like Roswell, and he noted that having local art on the walls there connected the medical community to the art community in Buffalo, a meeting unlikely to occur in any other way. Seeing local works on the wall is a fantastic way for everyone in the Roswell facility to feel closer together. It fosters a mutual understanding among all who enter the building. In the future Dr. Mechtler would like to be able to continue collecting and contributing works to the Roswell art collection and has advised other local collectors that donating works to Roswell offers a unique tax write-off in which the donation will do direct good in a non-typical way.

For businesses looking to decorate their workspace, 26 U.S.C. sec. 162 allows businesses to write-off acquisitions of artwork as decoration for their workplace. The wording in the tax code specifies that “deduction of all ordinary and necessary expenses paid or incurred during the taxable year” is allowable. It is easy to reason that art as a decoration is standard in any office space and should thus be covered under this clause. The nominal limit to how much a business can spend on art for the office is a financial grey area as art itself cannot be depreciated like a normal business asset given that it does not have a set lifespan. Businesses that are acquiring artwork should be careful when filing their taxes not to write off too much based on this detail. A business audit down the road could be far more problematic if the company had written off a large portion investment because of art acquisitions. It’s also important to know that the art acquired under this clause cannot leave the office: if brought to a private location, the acquisition and write-off would be considered tax fraud. 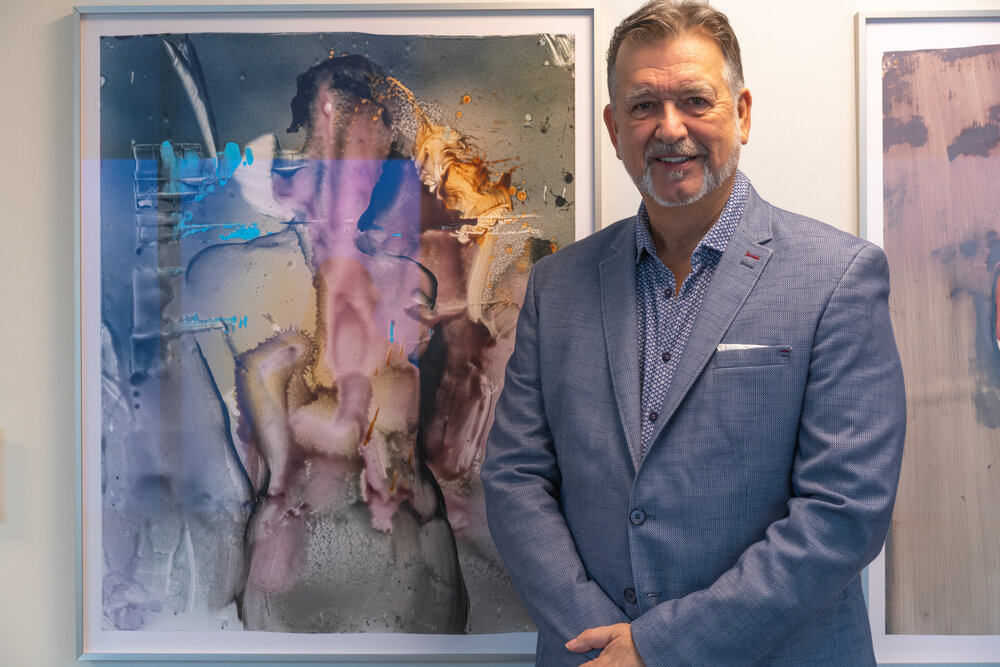 Buffalo has a blossoming art community, The Albright Knox and Burchfield Penny museums house expansive collections with constantly rotating shows from both local and internationally recognized artists. The Buffalo art gallery scene stands at an exciting crossroads today too. The Albright Knox is closed for a massive expansion until 2022 so smaller galleries have a unique opportunity to capture the public interest during a time when viewers might have previously gone and visited a museum instead.

As Buffalo Business owners begin to reopen their places of work, the coming months offer an excellent opportunity to reinvest in their workers and workplace. Office life in a post-COVID-19 world will look dramatically different than it did 9 months ago. Besides reduced office capacities, businesses will need to reimagine their workspaces and how both clients and employees move through them. Businesses have been hurt by the economic shrinkage seen across most industries but an investment in growing a business’ art collection represents both a devotion to making clients and employees as comfortable as possible, and has been shown to be a sturdy investment in the future. COVID-19 can offer businesses a fresh outlook on how they want to depict themselves for all to see. If done correctly, this clean slate could usher in a more thoughtful age of business relations with clients and employees, one where art can play an overwhelmingly positive role.