An Interview with Katarina Riesing
by :
Lydia McCarthy

Katarina Riesing is an artist and educator based in Alfred, New York, where she is an Associate Professor of Foundations at Alfred University. She has shown her silk paintings and colored pencil drawings nationally and internationally, and is represented by Asya Geisberg Gallery in New York. Kat is a friend, colleague, former roommate, and forever platonic life partner. I interviewed her over FaceTime about her experience as an artist living and making work in rural Western New York. Kat is currently on sabbatical in Detroit.

At Alfred I learned how to embroider and how to watch TV.

Lydia McCarthy: How did you end up in Western New York and specifically Alfred? What brought you there?

Katarina Riesing: I got a teaching job in Foundations in the School of Art and Design. I had been in New York for four or five years, and was working in fine dining in Brooklyn. I loved that job because there were such amazing crea­tive people around me — my coworkers at the restaurant were writers and artists and dancers and actors, and it was such an inspiring, cool place to work. But I felt like I didn't have any job security, and I wasn't working in a field that was going to push me further in terms of my intellectual interests and give me space to foster my own creativity. So I started applying for jobs, and Alfred was one of them.

LM: When you were applying, were you thinking that you really wanted to be near New York City or in New York State, or were you just applying wherever there were teaching jobs?

KR: I was being somewhat choosy. I was only applying for places where I could see myself living. So, I applied and interviewed for a job at Cal Poly in San Luis Obispo, which is known for its vineyards, and a couple other places. But, while I didn't know anything about Alfred as a village, I knew about the university’s reputation, and I had known a bunch of people who had come through the art program. I knew that it was a good art program, so that made me apply. 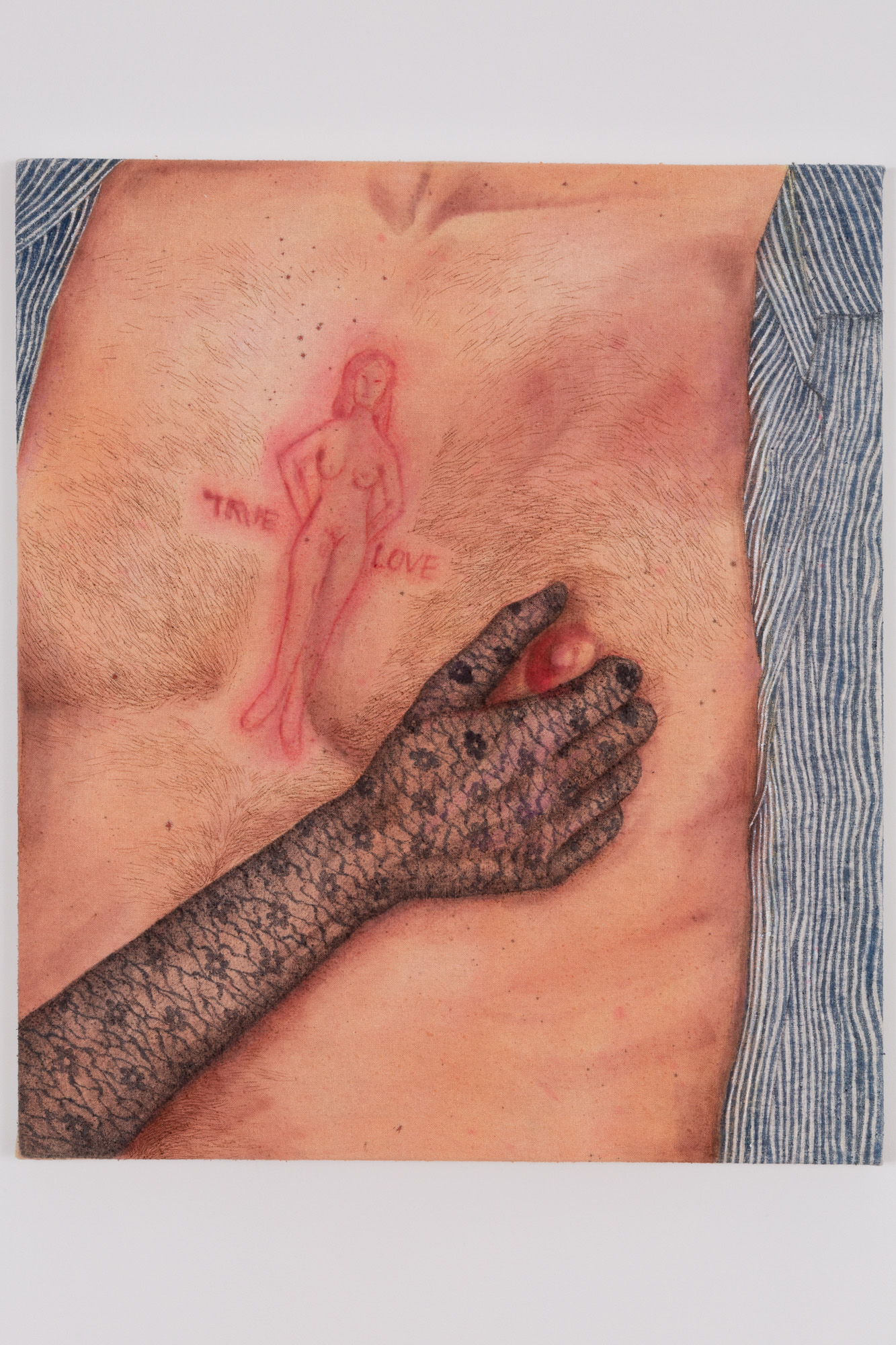 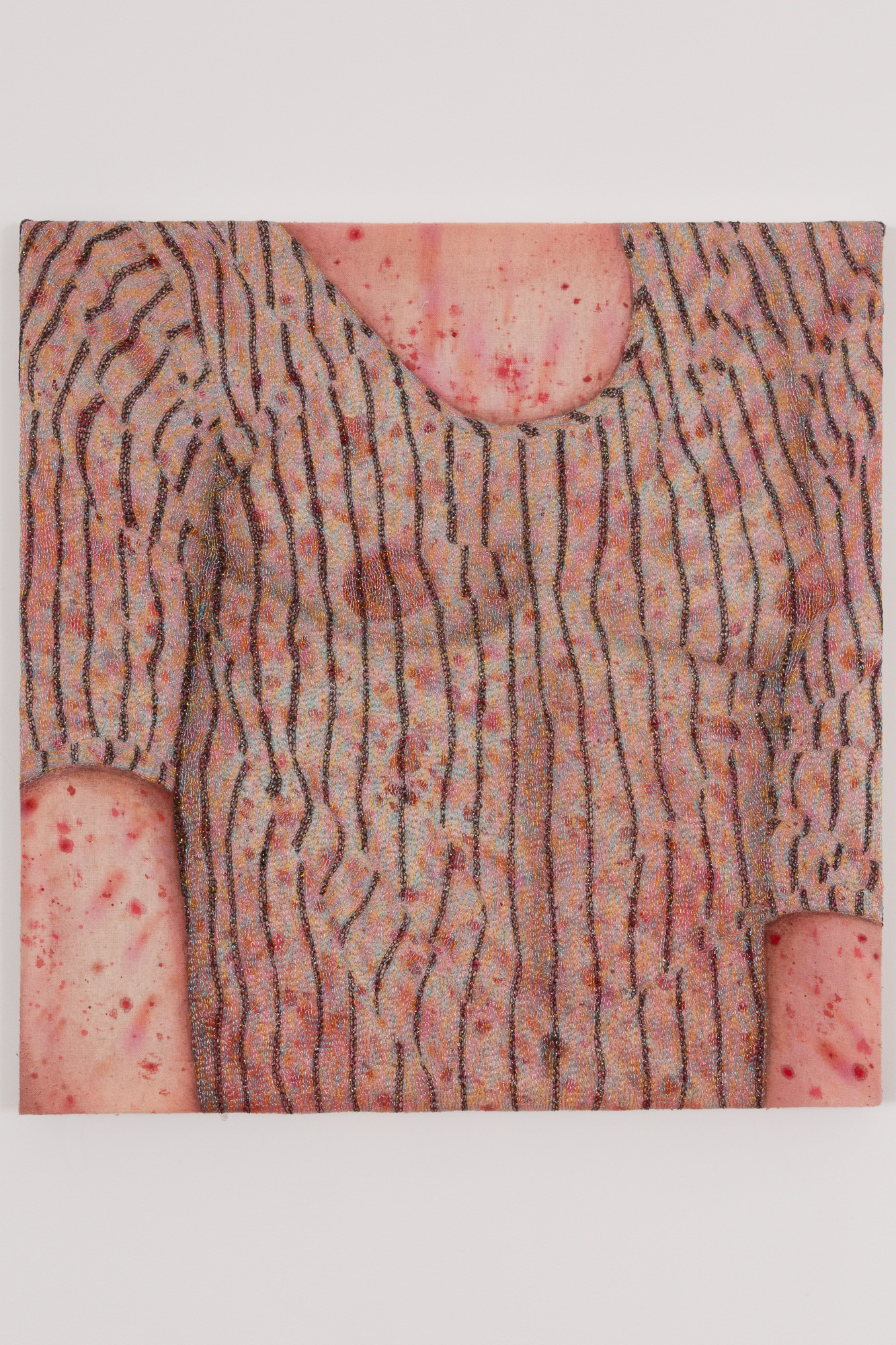 LM: When I applied to Alfred, before I had my on-campus interview, I didn't really have any sense of where it was or what Western New York was like, specifically rural Western New York. I didn't grow up in New York State, and I know you grew up in Tennessee. So, I’m curious what your first im­pression was like.

KR: I also had never been to Western New York before, so when I went for my interview, I opted to rent a car and drive from New York. I remember going to the rental car place, getting in the car, and thinking, “It's gonna be such an easy drive.” And then I was driving and driving, and I was like, “Where the fuck am I?” My phone service kept going in and out — Alfred's out there. I remember that it snowed the day that I interviewed. It was March, and I thought, “This is unpleasant.” But everyone was so nice, and it's such a beautiful area.

LM: And once you ended up there, how was it adjusting to living in Alfred? I know for me it was so particular and also hard.

KR: It was hard. My partner, Isaiah, and I moved there together, and moved in together for the first time. I was in a new relationship, and all of a sudden it became a rural cohabitation. And housing around Alfred can be awful, as you know. We rented a crappy little house and made it our own. It took me a long time to adjust to the lack of noise; that was a big one. And it was lonely. I didn't know a lot of people, so I got a lot of work done.

LM: So, you're adjusting to Western New York and living with someone for the first time while also taking on your first full-time teaching job. But you are getting a lot of work done — do you think that is a benefit of living in Alfred?

KR: Yeah, I definitely do. I think that not having a lot of options for things to do constantly, you become really scrappy with your time, you figure out how to fill it. I started experimenting with new techniques and projects that I wouldn't have done in New York because of my boredom in Alfred.

LM: What are some examples of that?

KR: Embroidery is one. I didn't know how to embroider until I moved to Alfred. I had my mom teach me, and I took all of the time that I had to myself in the country — in between classes, in the evenings — to try to get really good at it.

LM: It's amazing because it's such an integral part of your practice now. I picture all the post-dinner TV shows we watched, you embroidering.

KR: At Alfred I learned how to embroider and how to watch TV. But there was something about having the kind of long, uninterrupted time and space and quiet that Alfred provides that was really instrumental in making my work move in different, unanticipated directions.

LM: To me, that environment makes a lot of sense for you. You are quiet and interior — I mean, you're super fun and wild, too — but you seem to get a lot of satisfaction from time spent alone and that kind of quiet, thoughtful time. It makes sense that having that would bring your work into a new and exciting place.

KR: I think it was one of the first breaks that we had after I started teaching, and I was home for the holidays. I remember sitting down on the couch and turning to my mother and being like, “Marcia, teach me your ways.” She always has an embroidery project. So, she got a hoop out for me and taught me some stitches, and I went from there. And I think I'm better than her now.

I started practicing on clothes because it's pretty low stakes and one thing Western New York does have is really good thrifting. I could go find some really great, cheap denim jackets and things and then just try it out and sell it.

LM: Besides making work and embroidering, what are the things that you’ve learned that keep you happy in Alfred?

KR: Leaving! Getting some perspective, taking trips, seeing the world outside of this tiny, weird, insular village. Short weekend trips to New York, getting out for spring break, going to see friends. When I go away and then come back to Alfred, I'm always excited to return to that alone time and that quietness. But it's important to have a foil for that too. Or else you don't appreciate it. That's been really instrumental — it took me a while to figure that out.

The other thing, and you know this too, but when you know everyone — everyone is your colleague or your student, your colleagues are your neighbors — it's so important to have people in your life that are outside of that.

LM: Yeah, that can be really hard. For you and I — we were roommates, both chairing our divisions, co-teaching classes — I think we were good at shut­ting that out because we value our non-teaching selves so much. We could make elaborate dinners and have dance parties and watch TV and not be constantly mired in it. Which is really important for making art too, to not be constantly thinking about teaching.

But to circle back to your comments about getting out — How have you maintained the career that you have in such an isolated place? You made a lot of it happen from Alfred. I'm sure a lot of it had to do with the fact that you had so much time and space to be making the work and developing it into what it is now. But maintaining a career is such a hustle, and if you're not in New York, it's even more of a hustle.

... because of the time and space we have in Alfred, and the fact that there's literally nothing else to do, we just crank work. 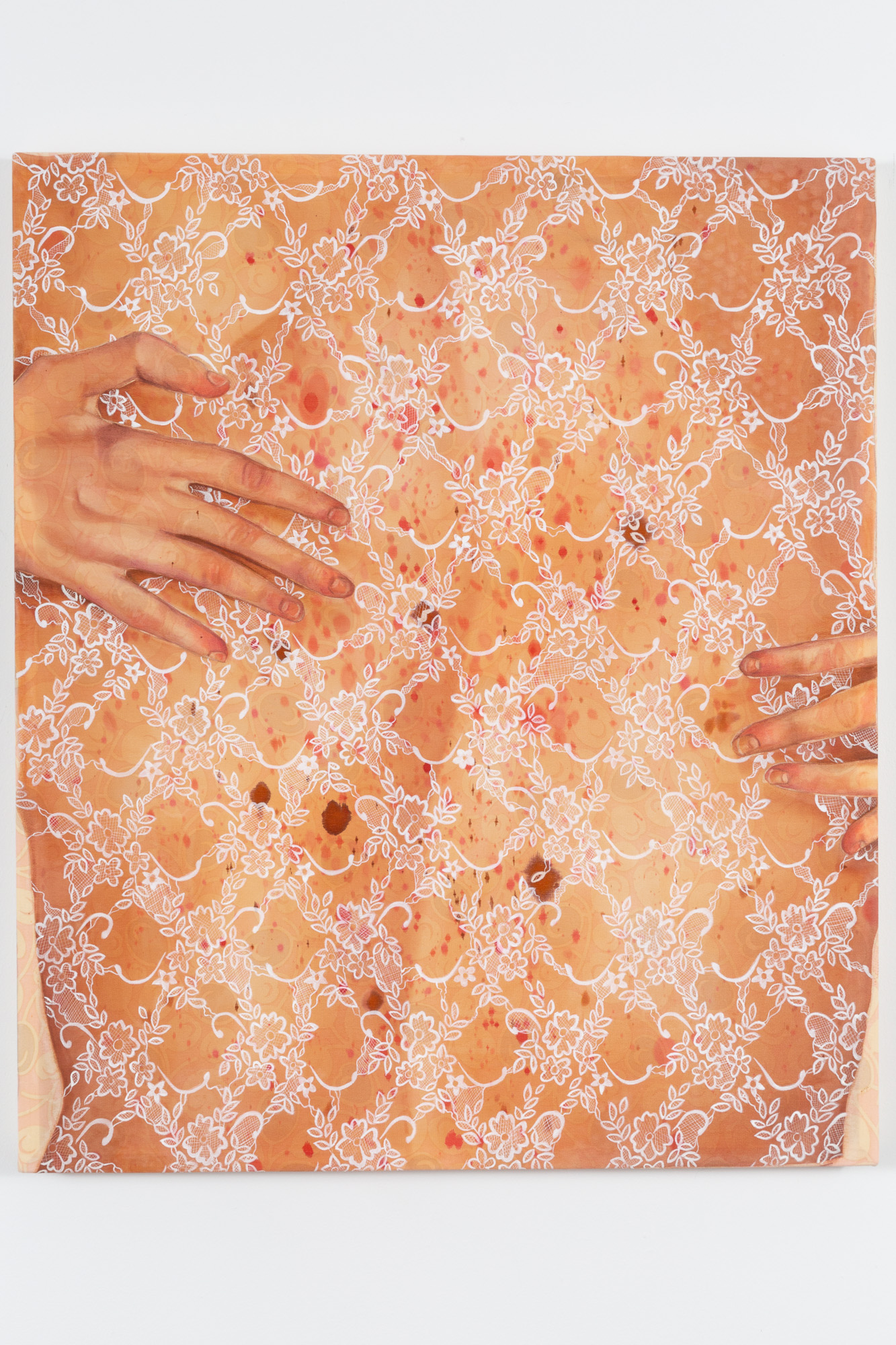 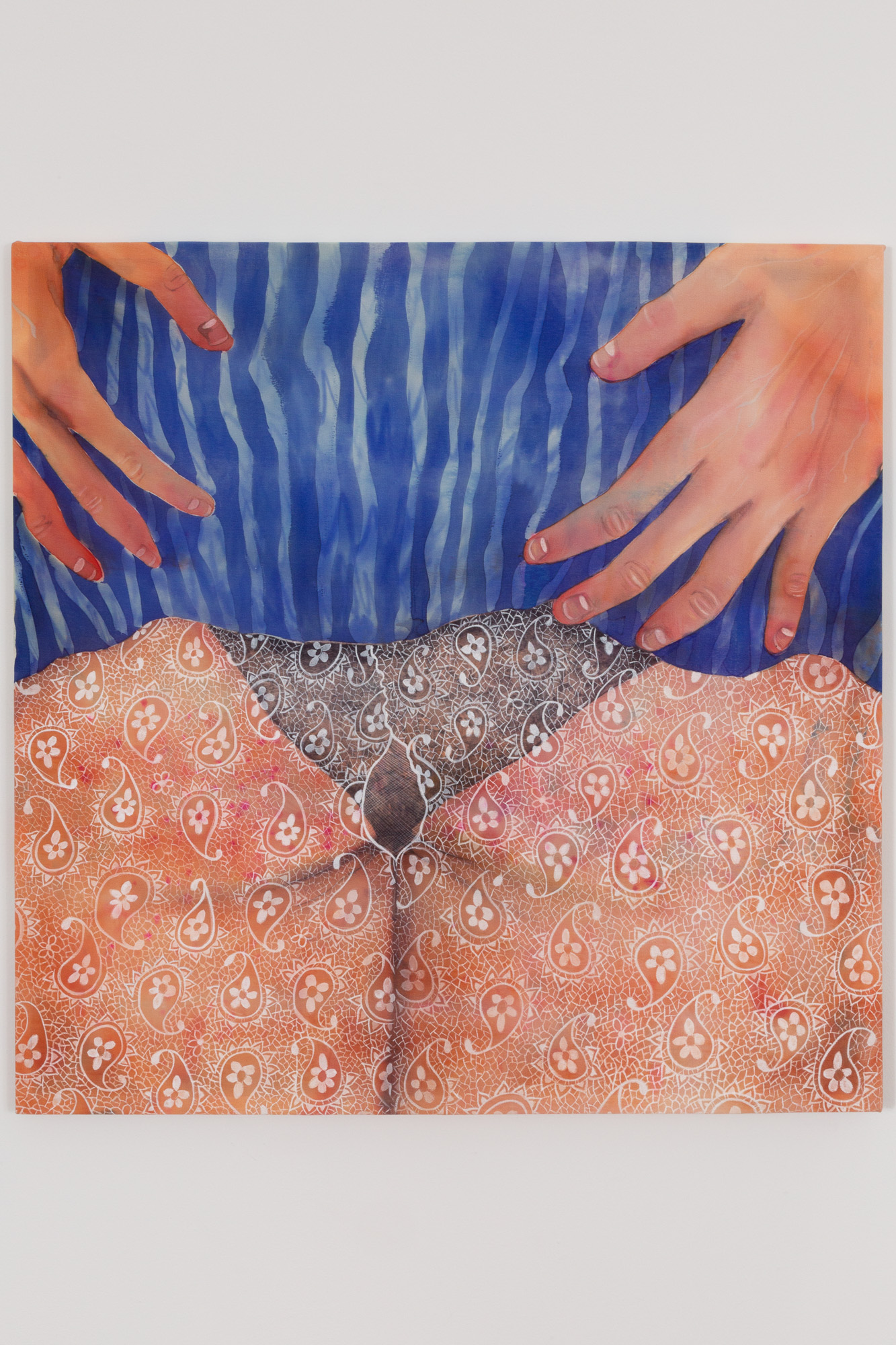 KR: One thing that I did, with another colleague, was to rent a studio for a long weekend and have studio visits, one after another with artists and friends — you were one of them — and people involved in curating. I think having the opportunity to install finished work up on the wall and get some feedback was really important for making and thinking about how the work was going to be shown. Doing that set up more relationships, and that turned into things and then things turned into more things from that. And since then, I’ve been keeping up those relationships. Whenever I'm in New York, I try to see at least a few people. I mean, I like to be alone and hang out with only you, but I also try to see at least one or two people that I want to stay in touch with each time.

LM: You're smart about it. Whenever I’m in New York, I'm always like, “I'm seeing everyone and doing everything right now.” And you're good at keeping those relationships but also keeping your sanity.

KR: I don't know if I'm smart about it; we're just different people. That would just totally exhaust me.

KR: It often feels like a huge disadvantage to be in Alfred because of our remoteness, but it is easy to get in the car and just go when you need to.
And because of the time and space we have in Alfred, and the fact that there's literally nothing else to do, we just crank work. I don't think that happens in New York in the same way, with commuting and jobs and shows, all these things going on constantly. I started this body of work and just dug in.

LM: Yeah, that's definitely true. It can feel some­times like you go through these cycles of “Oh this is really amazing” and then, “I need to get the fuck out of here, I can't do this anymore.” Which is why sabbatical is really good. I've gone through so many different moments of wondering if I should stay or if I want to live here. I lived in New York for a while too and commuted. I miss it so much sometimes, but I also think about how lucky I am that I have a job that gives me the time and space to make work, and that really is the most important thing. To me, it seems that living in Alfred has offered you a lot because you’re dedicated to your practice, you work hard and continue to stay engaged.

KR: Yeah, I wouldn't be half as productive or thoughtful with my work if I were in New York. You just have constant distractions there. And here it's really easy to focus and question and think and step back and have that uninterrupted time to kind of face those things. 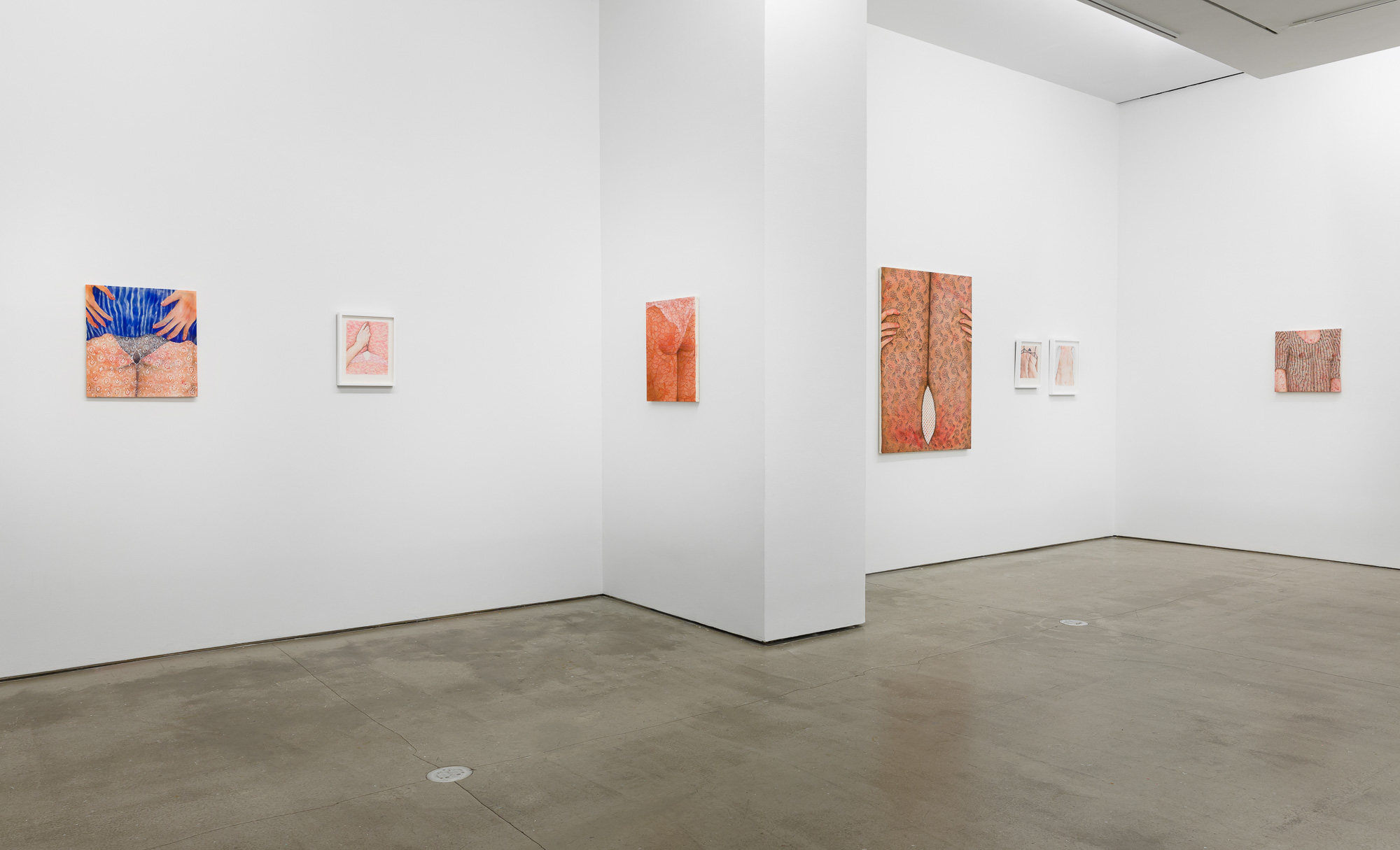 Lydia McCarthy is an artist and educator based in Rochester. She teaches photography in the School of Art and Design at Alfred University.