Recounting history — or at least a particular flavor thereof — has traditionally not been a problem for the visual arts. In the mid-ninth century BCE, when it came time to determine the decorative scheme for his new palace at Kalhu (now Nimrud in modern-day Iraq), Neo-Assyrian King Ashurnasirpal II commissioned meters and meters of stone reliefs celebrating his slaughter of non-Assyrians as he expanded his empire. Nearly a millennium later, the Roman Emperor Trajan covered the surface of the massive column designed to hold his ashes with a spiraling frieze depicting
his conquest of the newly annexed, gold-rich territory of the “barbarian” Dacians (Trajan himself appears no less than fifty-eight times). Bringing this practice into the present are Justina Dziama and Dawit L. Petros, who negotiate questions of how to visualize histories of exploitation and global migration through traces evinced in the memories of spaces and their residents in their two recently overlapping exhibitions in Buffalo: A Millimeter of Space at Buffalo Arts Studio and Spazio Disponibile at UB Art Galleries.

To walk into A Millimeter of Space at Buffalo Arts Studio is to be immediately pressed in on all sides by the spectral skins of six historical structures selected from Buffalo’s East Side as representative spaces of labor, home, and congregation. Here is a claustrophobia of the weight of history brought to bear by ten near-weightless, suspended sheets of latex, each no thicker than the millimeter of the exhibition’s title. The results of Dziama’s casting process can be formally stunning: see the juncture between passages of vegetal Hooker’s green and powdery silver in Hard Manufacturing (1A) or the frosting-like accretions of the palest pink covering the surface of Hard Manufacturing (1B) (all works 2020). But, the exhibition’s accompanying text tells us, to get caught up in the coloristic and fixate on the formal is to miss the point; these are no mere contemporary approximations of Lynda Benglis, Eva Hesse, or Ree Morton’s postminimalist, process-oriented experiments with latex of the late 1960s and 1970s. Instead, Dziama asks us to approach these works not as images but as something akin to Charles Sanders Peirce’s semiotic indexes: signs that above all point, reference, or suggest something else (think a finger- or footprint). Her castings are superficial in the term’s originary sense of “of or pertaining to the surface,” but the trick is to redirect our attention from the surfaces of the works themselves toward those surfaces that form the basis of these imprints: walls of two factories, two churches, one brewery, and one house dating from the late nineteenth and early twentieth centuries. 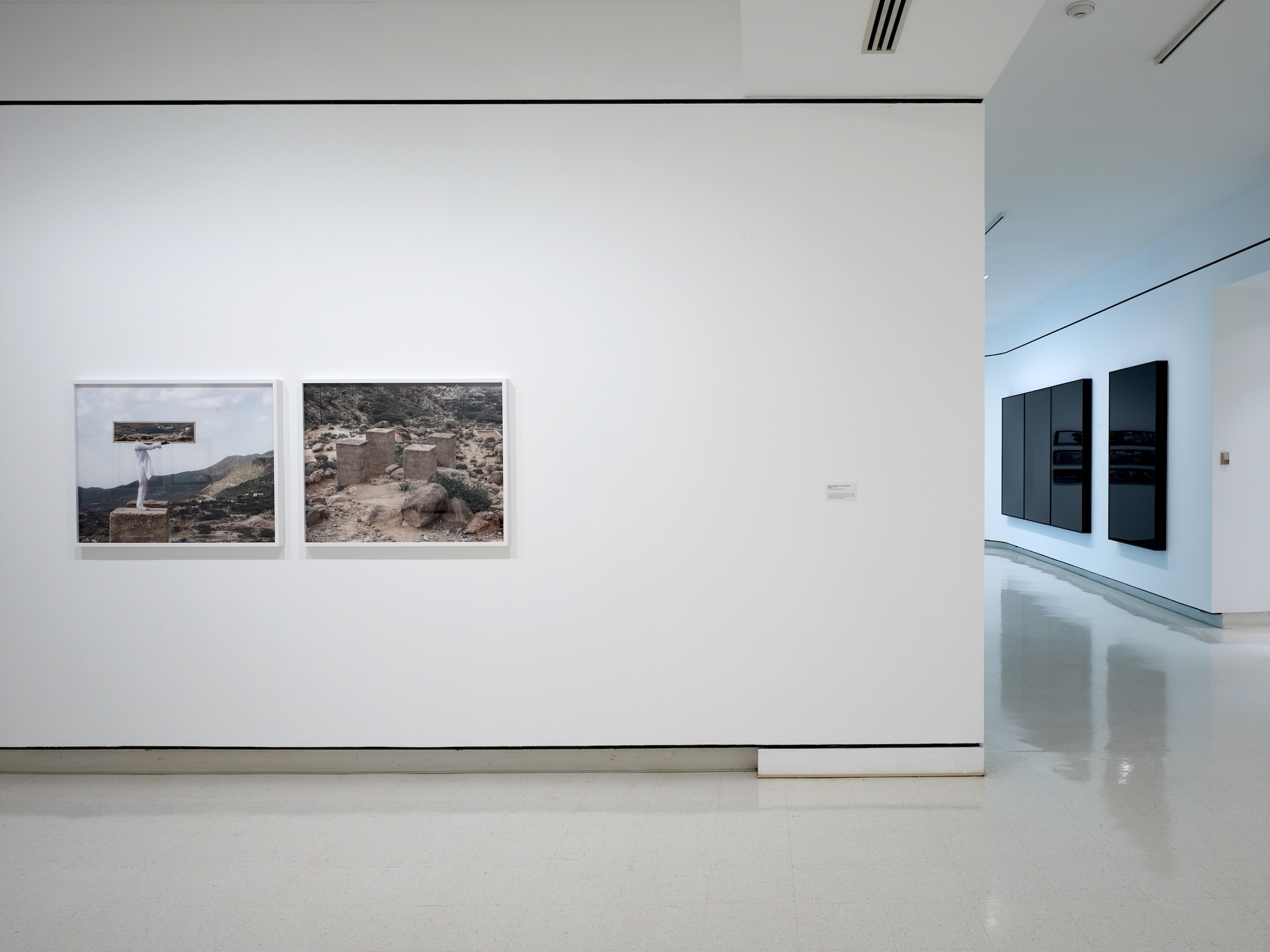 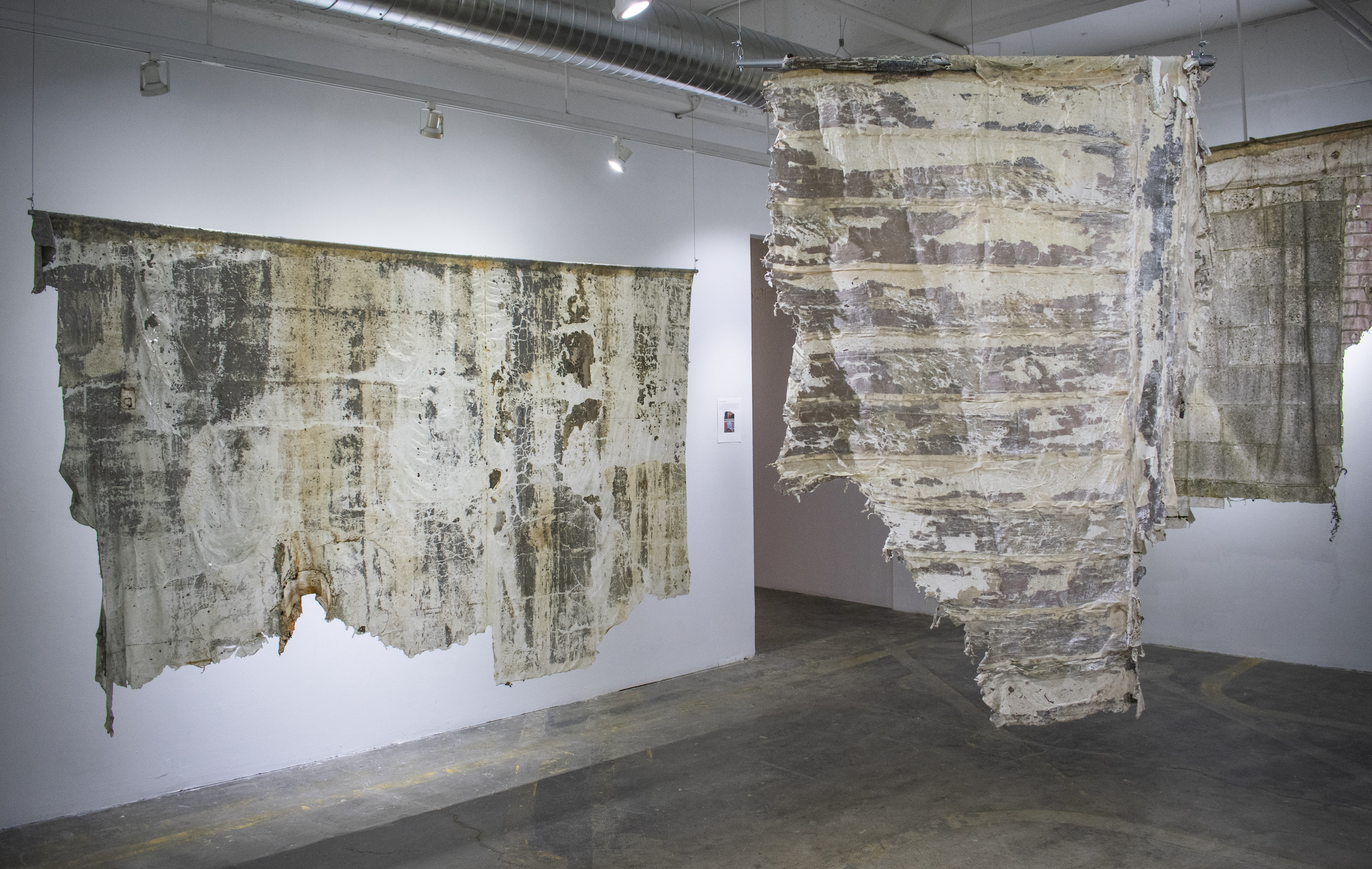 What stories can be told — and which are suppressed — by the surfaces of a building? In architectural histories as well as popular assessments, surfaces tend to take on an oversized role; even if we abide by the hoary old adage that one should not judge a book by its cover, we typically find little issue in judging a building by its façade. The histories of Dziama’s selected walls are clearly on display. The distinct layers of paint snagged in the casting process of a telescope house at 47 Krupp Street suggest generations of pride in homeownership while black flecks scattershot over Iroquois Brewery (4A), their engrossed cousins spidering across Church of the Transfiguration (6B), and chunks of terracotta cladding embedded in St. Ann’s (5A) reference decades of human neglect and the entropic usurpation of these spaces by mold and other fungal organisms.

In focusing on the surfaces of a building, however, we can miss the patterns of use that define its volumes: the ways in which these spaces are constantly made and remade through the lived routines and spatial gestures of its inhabitants. (A useful point of comparison here might be Do Ho Suh’s series of to-scale polyester recreations of rooms from several of his past dwellings. Critically, Suh invites viewers-as-participants to enter and walk through these spaces, retracing and activating — if only as a poor copy — his patterns of use.) And it is the histories of those inhabitants — the people who worked, worshiped, and flourished as individuals and families within the surfaces of Dziama’s structures — that seems to be missing here. Who articulated the factory floors of Hard Manufacturing or Houdaille Industries/Houde Engineering Corp. and what did it feel like to be suddenly denied access to these spaces as industries shrank and livelihoods slipped away? How did years of Sundays in St. Ann’s Cathedral and the Church of the Transfiguration spatialize and shape the social relations of their congregants? What shared joys and sorrows, triumphs and challenges transformed the house at 47 Krupp Street into a home? I graspingly attempt, but largely fail, to critically fabulate these lives back into being, running into ever so many brick and cinderblock walls, as it were.

And into this curiously de-peopled history of Buffalo’s East Side walks in the ghost by whom I am most troubled: that of race. Assuredly, the history of this region, as well as that of the city at large, is profoundly shaped by the vectors of disinvestment and the decline in industrial manufacturing referenced by the decay of buildings. But this economic narrative is inseparable from deeply human legacies of postwar white flight and the ways in which these economic and ecological damages unequally impacted the white and Black residents of an increasingly segregated metropolis.

The opening pairing of works in Dawit L. Petros: Spazio Disponibile at UB Anderson Gallery acknowledges this struggle to keep the human from sliding out of view as we attempt to reckon with complex histories of systemic injustice and the all too often racialized inequities in power relations. To one’s left is Borderscape (Halifax) (2020): twinned black-and-white photographs of portions of a desolate island jutting into nearly monochrome color fields of cloudless sky and still sea. Invisible are the one million immigrants to Canada who landed at nearby Pier 21 between 1928 and 1971. [1] To one’s right, Untitled (Overlapping and intertwined territories that fall from view II) as matched with Catania, Italy and Untitled (Overlapping and intertwined territories that fall from view II), Catania, Italy (both 2019) articulates a more complicated play of human presence and absence, what is given to be seen and said. Similarly washed-out bands of sea and sky are here interrupted not by rocky coastline but by the outstretched forearms of Adil and Sammy, two Eritrean migrants living in Sicily. This largest island in the Mediterranean has in recent years become a common landing point for refugees fleeing political, economic, and social instability in the Middle East and Africa in the hope of resettling in the European Union. In so far as the conditions motivating their forced relocation are in no small part the legacy of colonial violence, these migratory flows appear as a bitter and deadly case of chickens coming home to roost. The photos that Adil and Sammy proffer — a group of Italian immigrants, luggage in hands, making their way toward a whitewashed clay home in Libya (an Italian colony between 1911 and 1943) and a spread from the Italian government organ Rivista Coloniale (Colonial Magazine) advertising “spazio disponibile,” or “available space” — evince this connection through the conjuncture of contemporary and historical bodies.

Amid an ambient soundscape of people’s voices and the sounds of their labor provided by Wuqabbe Dimtsi Zemenawinet (Soundscapes of modernity, Asmara) (2020), traces of the human repeatedly, insistently irrupt as Petros weaves his critical histories of Italy’s colonial occupation and exploitation of East Africa. In abstracting pages from Rivista Coloniale into the boldly graphic serigraphs of Preoccupations (Rivista Coloniale, 1906–1943) (2020), the artist frequently preserves the handwritten annotations of past archivists who handled these materials: “1912 / Vol. II,” “Vol. VII / 1910,” the letter V scrawled in what appears to be red crayon. These marks surface the deeply human agency behind the archive as a tool of memory and forgetting. The montage of archival images assembled in A constant re-telling of the future in the past (2020) forcefully confirms the impossibility of the “modernization” of Eritrea under its half-century of Italian colonial domination (1890–1941) — here glimpsed in pictures of a machine-equipped factory, tightly packed rows of identical automobiles, a rationally arrayed grid of small, basic dwellings — without the mass exploitation of Eritrean laborers tasked in turn with the mass exploitation of the country’s natural resources. 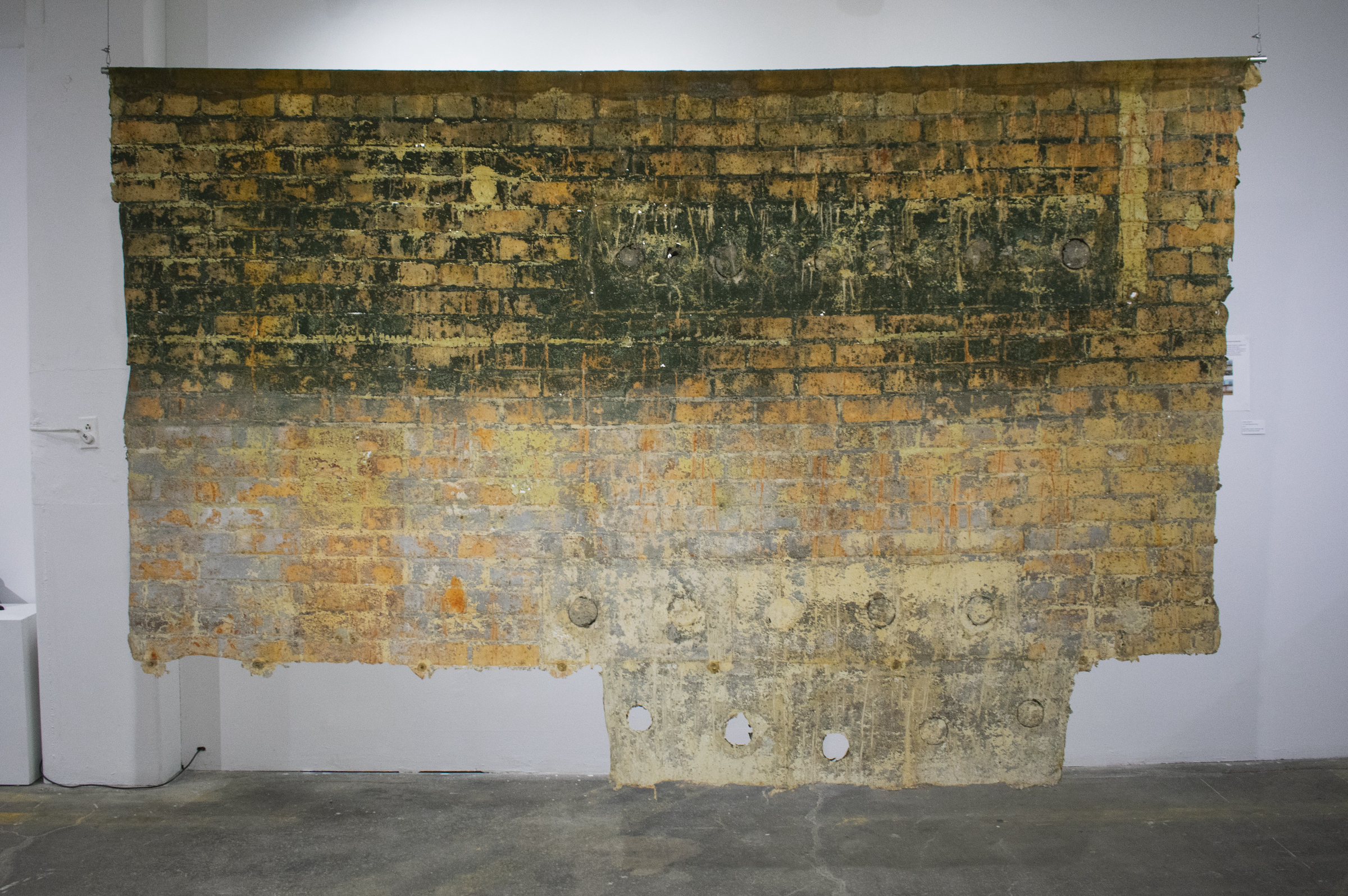 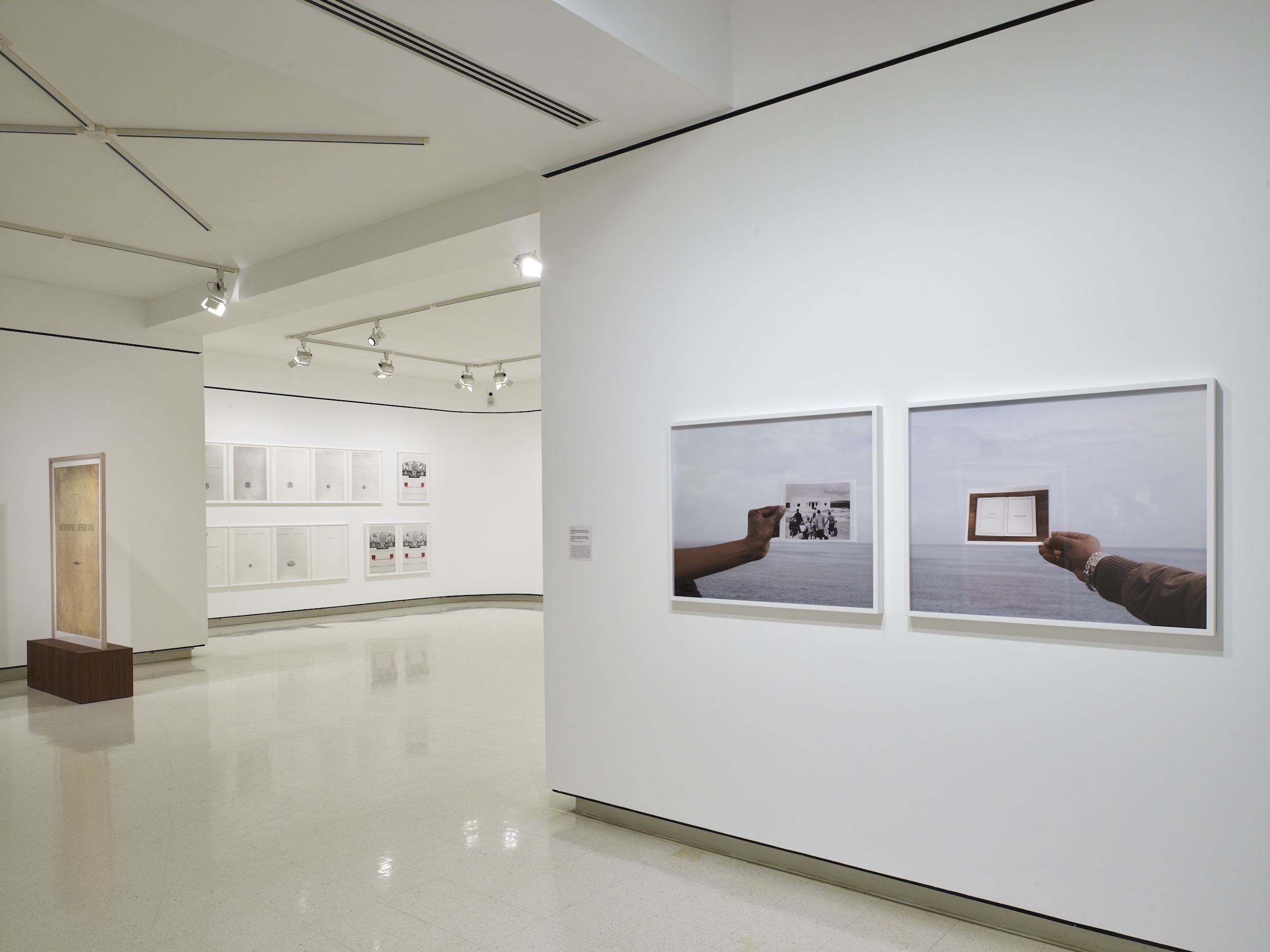 A present-day update on the lasting scars of this brutalization is offered by Untitled (Epilogue II and IV), Nefasit, Eritrea (2020). A neat dialectical précis on the presence and absence of the human in history, it pairs an image of the scant concrete remains of Teleferica — a 44.7 mile cableway connecting the port of Massawa and the capital of Asmara completed by Italian colonialists in 1937 and destroyed by the “liberating” British army in 1941 that appears frequently throughout the exhibition as a leitmotif of imperial hubris and violence — on their own and then as surmounted by an Eritrean man holding aloft a mirror that captures the disfigurement of the surrounding landscape. This twinning of violence wrought on human bodies and the bodies of the land is finally underscored in Barelle (1–6) (2020), an at-first-glance innocuous sculptural accumulation of brightly colored squares framed by clean horizontals rhyming with the graphic principles of Italian midcentury modernism on view in the abstract forms of Preoccupations (Rivista Coloniale) (2020) nearby. In Italy, “barelle” are stretchers, used to transport the ill and injured; as transported to Ethiopia (under Italian control from 1936 to 1941), they have been repurposed to haul dirt, cement, and other building materials on construction sites in Addis Ababa, which became the country’s capital during Italian occupation and is today a site of rapid urbanization and gentrification, largely fueled by the neocolonialism of foreign investment. The majority of the city’s population — an 80% that likely includes those who use barelle in their backbreaking labor — live in slums increasingly pushed out of sight and toward the city’s fringes in order to make way for new, higher capital construction on desirable inner-city land.

When empire came to this side of the Atlantic, so too did age-old traditions of imaging its exploits — take something like Benjamin West’s histrionic paean to settler colonialism, The Death of General Wolfe (1770). By the nineteenth century, history painting was well-established as the medium’s very raison d’être. But even as subsequent generations of artists would stake their claims in the genealogy of the visual arts on the basis of rejecting art’s role in these and other grand narratives, and as philosophers, critics, and art historians would experiment with written histories from below and micro and minor histories, it remains unclear what an art of history adequate to the needs of the present conjuncture would look like. If recounting history conventionally serves as an operation of domination, it still may be possible to imagine an art of genuine resistance — and not just the symbolically convenient but ultimately hollow performance thereof — grounded in representing, bringing to light, and making materially manifest the lived experiences of the oppressed and exploited. The emergence of such an art of history, however, is far from guaranteed. As Dziama’s and Petros’s recent attempts in this direction suggest, its incipience may first necessitate a larger structural shift, one that has yet to come to pass, in relations among artists, their subjects, the art institutions that show these works, and the audiences they envision that displaces virtue signaling in favor of a real and material commitment to social justice and economic redistribution.

[1] Borderscape (Halifax) is part of a small handful of works similarly in dialogue with the Italian immigrant experience in Canada that seem to speak more to the exhibition’s origins at Toronto’s Power Plant than the core of Petros’s meditation on the legacy of Italian colonization in northeast Africa. 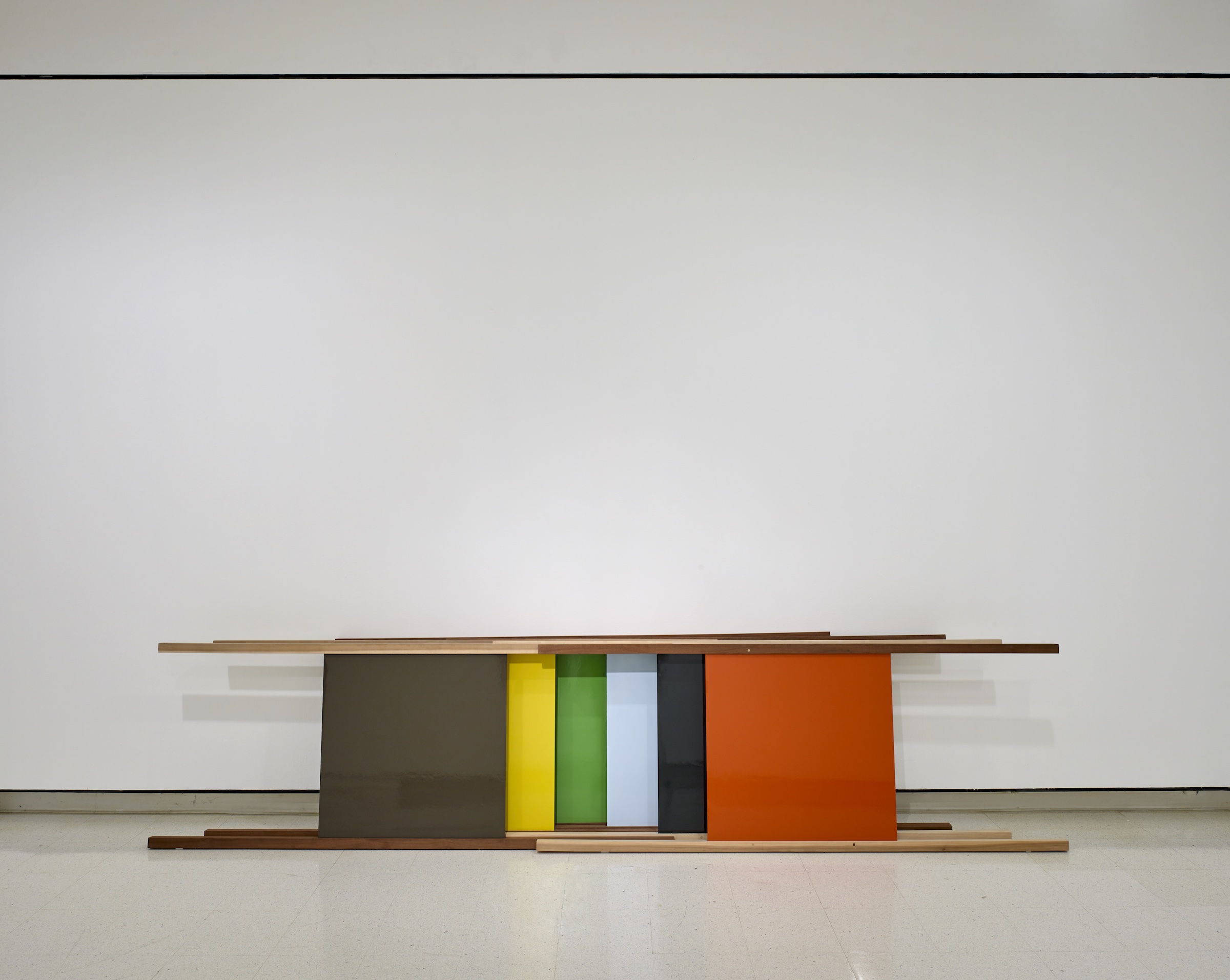